It’s high time for another update, don’t you think?

Despite the lack of posts lately, things are moving on steadily! There’s been quite a bit of work on stuff I can’t really show in a screenshot or GIF, like implementing a checkpoint system so that you don’t have to restart the whole level when you die.

However, there are a few things I can show off, like some of the HUD work that’s been going on. Check it:

Here’s a snazzy little animation that let’s you know when you’ve picked up a new weapon and what type of weapon it is.

I’ve also made it so that you can now hold down a key/button to bring up this weapon selector. And while choosing your weapon, time slows down extra much in order to help you plan your next move.

I also did a little bit of work getting the ammo and health HUD to match with the new look. I’m still not sure how final all of this is, but it’ll work for now! 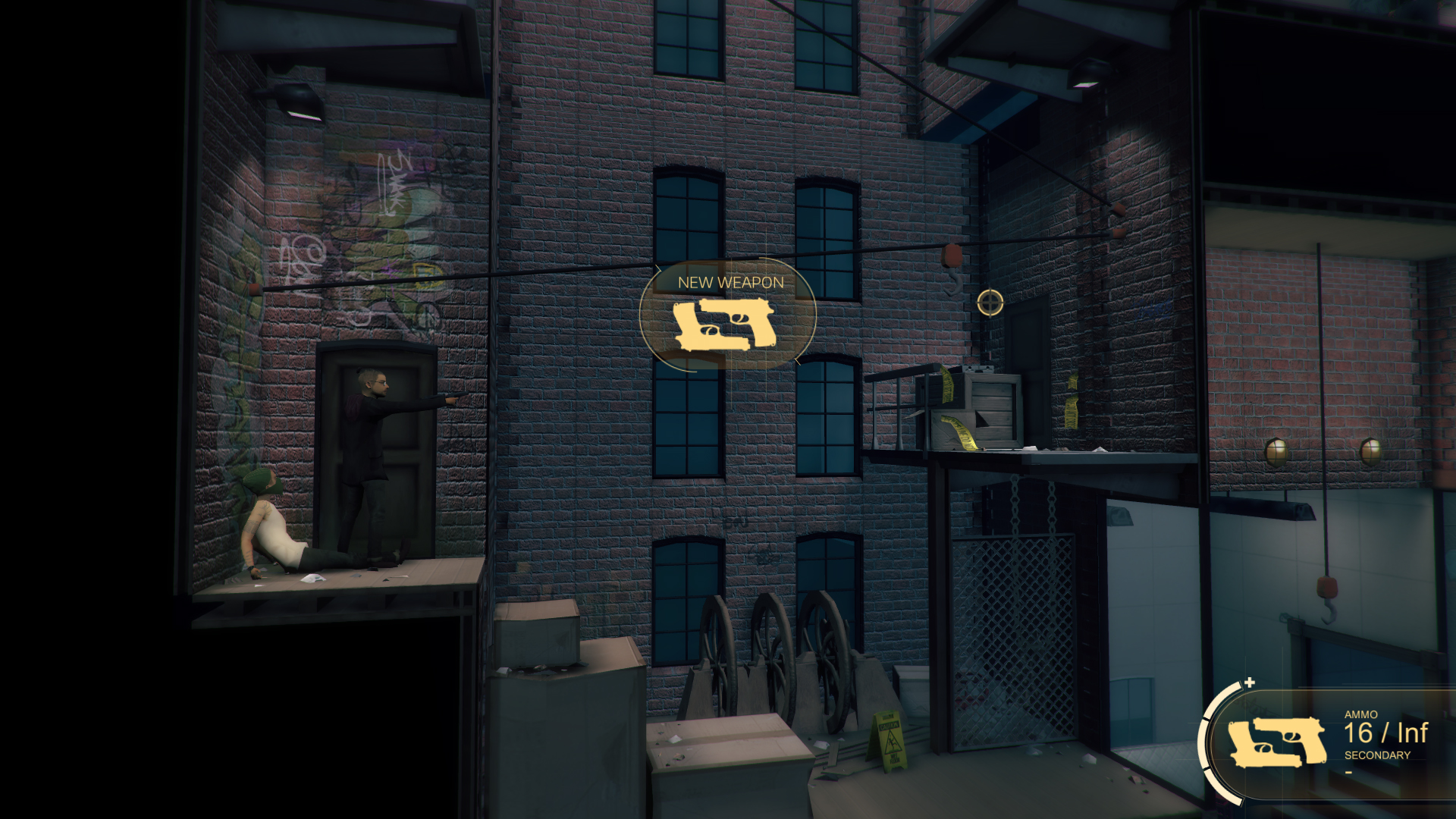 After putting quite a bit of work in to lots of smaller things, I’ve been excited to FINALLY sit down and start focusing on actually making gameplay for the whole big game. I’ve started white boxing some new levels, like this obligatory roof top level below (can’t have an action game without a roof top level):

Also, here’s a little bonus GIF of some of the trickery that you can do in the game.

And there you have it! Though there are probably a bunch of stuff I forgot to mention. But mainly I just wanted to let you all know the game is coming along nicely.

I’ve actually managed to have a little bit of a break too, in the hopes of saving myself from a complete burn out. It’s also healthy to try and get a bit of distance from the game from time to time. Luckily enough, when I came back to play the game after the break I really really enjoyed it! And I hope you will too, one day

That’s all for now! And again, it could be a while before the next update. I want to get stuck in and super focused on making loads of fun levels!

Until next time,
High fives all around! High five!